Restaurants like Odla in Saskatoon draw on the heritage practices of Ukrainian farmers to fill their tables with organic, local foodstuffs. Visit a local museum for the historical background to this modern menu. Then visit Odla for a taste of farm life reinvented in Saskatchewan.

Pictures from the Past

There’s a touching and personal introduction to early farm life in Saskatchewan to be found in The Ukrainian Museum of Canada. This modest one story, mid-century building overlooks the broad South Saskatchewan River in Saskatoon. Founded by the Ukrainian Women’s Association of Canada in 1936, the museum was almost solely funded by private donations. Despite their small budget, the Association commissioned renowned Canadian artist William Kurelek to create a series of paintings honoring women pioneers for the Canadian Centennial in 1967.

Drawing inspiration from his own boyhood days on the farm, Kurelek celebrates the independent spirit of the first women settlers in a series of highly detailed paintings. He shows us their beehives, clay ovens and the simple, triangular shaped boorday, the settlers’ first houses. Ducks and chickens roam the yards while pigs root and cows graze in the nearby fields.

In Blessing the Easter Paska, a priest blesses the food for the Easter feast as each family carries a finely woven Easter basket filled with sweet braided paska bread, kovbasa sausage and pysanka eggs to the church. The National Film Board documentary about Kurelek, plays in the gallery, offering more insights into his life on the farm.

The Main Gallery holds one of the largest collections of lovingly woven and delicately embroidered textiles in North America, along with religious icons, tools, and wooden carvings. Several displays of traditional and modern pysanka, intricately designed and colorful Ukrainian Easter egg,s are found in the museum. You can shop for the modern versions, pysanka, fancy shawls and jewlery for example, in the gift shop.

Odla restaurant in Saskatoon is committed to working with local farmers “who care about the environment and the impact that they’re having”, says Lacey Sellinger, general manager and co-owner with Chef Scott Dicks.

Delicately embroidered tea towels made by her Ukrainian mother are stacked in the restaurant’s market shop. They reminded me of textiles from the museum. “My grandmother used to sew the same kind of tea towels and used them to cover her homemade bread while it was rising”, Sellinger says. “In a way, we’re harkening back to that old-style way of life at Odla. We’re committed to baking and cooking from scratch, relying on what we have fresh on hand, and canning and pickling to see us through the winter.” For example, nearby shelves are stocked with a pioneer winter’s worth of jellies, jams, preserves, honey and handmade soap.

Everything Old is New Again

Under clear blue prairie skies at Farm One Forty, Arlie LaRoche tends to her ethically raised pigs, chickens, and sheep using holistic farming practices. They have plenty of sunshine, fresh air and room to roam. Healthy and tasty animals are the result. Arlie and Brett LaRoche supply the protein for the larder at Odla.

She is clear eyed about the herd of Katahdin sheep, pigs and chickens that she raises and butchers every year. “They’re great grazers and they don’t need to be sheared. We started with 15 ewes six years ago and we’ve only kept one back. Her name is Whitey and we bottle fed her, so she’s kind of bonded with my kids.”

A Century of Knowledge Repurposed

When the first wave of Ukrainian immigrants arrived in Canada between 1891 and 1914, many of them settled in Saskatchewan. They farmed the quarter sections of land they had been given by the government of Canada. Thousands followed after the end of the two world wars. “It was a huge opportunity for them to own the title to their own land,” says Sharon Boyko-Morley, from the Ukrainian Museum of Canada, “but first they had to clear it, cutting down trees and picking up rocks.” They wrote the playbook for Saskatoon’s current holistic food movement as they patiently worked the fields with horse and plow.

Odla gets vegetables from suppliers like Mole Mountain Farms, for example, where owner Steve Fortowsky still chooses to farm with his own horse and plow. Peregrine Farms supplies free-range chickens from an off the grid farm. The result of choosing like-minded suppliers is “happy food, served in a family atmosphere, like you’d find in an old-style prairie kitchen”, says Sellinger, “and things that people recognize.” Because of these choices, century old farming methods on the prairies have come full circle in Saskatchewan to find their way into modern menus. The results are as delicious as can be.

The Ukrainian Museum of Canada is open Tuesday to Saturday from 10 am to 5 pm; Sundays from 1 pm to 5 pm; closed Sundays from September to April. See The new exhibitions of Ukrainian art from artists, writers and photographers several times a year in the Feature Gallery. 910 Spadina Crescent East, Saskatoon, Saskatchewan. Phone: (306) 244-3800 http://www.umc.sk.ca

Debra Smith writes from Calgary where she lives with her husband and her cat who acts like a dog. Tourism Saskatoon hosted. As always, her opinions are her own. 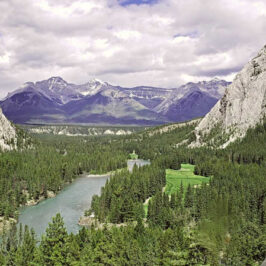 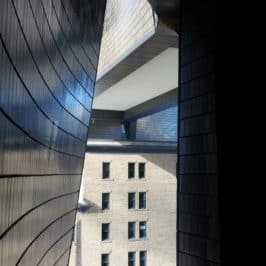 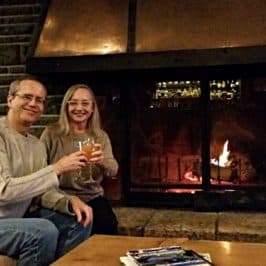 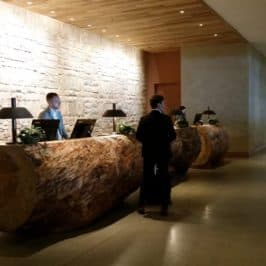 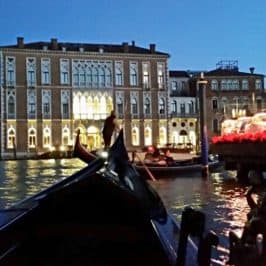 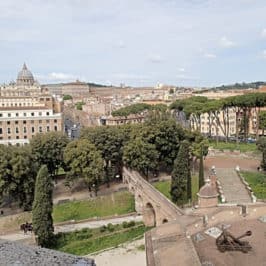 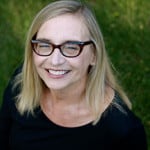